both increases literally reversed the majority of the last 20 years decline in the effective tax rate of America’s 400 wealthiest taxpayers!

This week, the US House of Representatives will take up reconciliation legislation, amended and approved in the US Senate last month, that would drill major, damaging holes in the Affordable Care Act.  Though the bill has zero chances of becoming law because of a certain veto by President Obama, it is – by the Democrats’ count – the 61st time the House has voted to repeal all or significant parts of the health reform law.

Why, people often ask me, do Republicans hate the ACA so much?

This past week’s New York Times Upshot article, I believe, provides a major part of the answer.  Briefly, “it’s the taxes on the wealthy, stupid.”  Specifically, it’s about two new Medicare taxes that went into effect in 2013 only on higher income Americans: 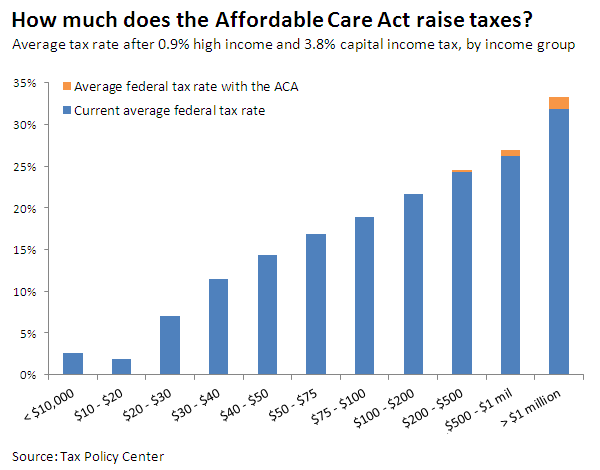 As the Times article makes clear, these new taxes are so damn big (when combined with higher taxes from the 2012 American Taxpayer Relief Act) that both increases literally reversed the majority of the last 20 years decline in the effective tax rate of America’s 400 wealthiest taxpayers! END_OF_DOCUMENT_TOKEN_TO_BE_REPLACED